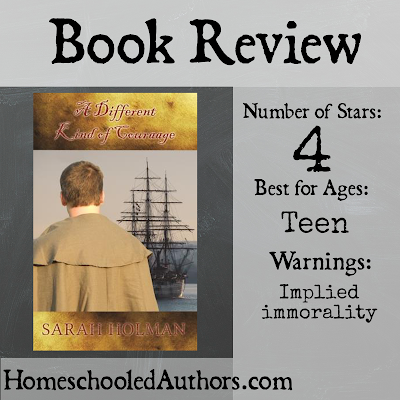 Buy it on Amazon
Add it to Goodreads

Description: “Why did my life have to be full of secrets?”

After three years in England, William Landor returns to Boston in 1774, little knowing the events that are about to unfold.

England has issued an ultimatum: pay for the tea that was destroyed in the Boston Tea Party, or the Port of Boston will be closed. William knows that this will have a devastating effect on his hometown, which is so dependent on the sea. However, he finds himself in the middle of the political struggle he wanted to avoid.

William’s father is a merchant and loyal to the king and is furious at what the rebels of Boston have cost him. He would like nothing more than to rid the city of their poisonous influence. Meanwhile, William’s best friend, Dr. Joseph Warren, is one of the leaders of rebels, or Whigs as they call themselves.

As if his life was not complicated enough, he meets a fiery indentured servant who tugs at his heart as well as his loyalty. When he is confronted by the consequences of his many secrets, he has to make a choice weather or not to tell the truth. Does he have the kind of courage it will take?

It's been a while since I've read anything full length from this author, so I was excited to dive into this book. She did a good job! Dr. Warren was my favorite part of the whole book. ;) He was such an amazing, giving man who touched many lives deeply, especially William's! William's struggle in choosing a side was deepened by the author's skill at showing the motives of both Whigs and Tories. I loved his "super-hero" work for this reason, but the situation with Mark was heartbreaking. There were a few great surprises even though I know my history, and the Gospel emphasis was very good. Just a note, there are some fragmented family relationships, slight instances of very archaic cursing, and implied immorality.

Best quote: "Nothing you can do can separate you from His love. There are things He wants you to do, ways He wants you to live, and you should strive to do His will. But unlike your earthly father, you do do not have to earn your God's approval or His love; you already have it."

Altogether, I found this to be an interesting foray into the world and ideologies surrounding the American revolution.
Posted by Kate at 5:21 PM