Book Review: Be Thou My Vision by Faith Blum 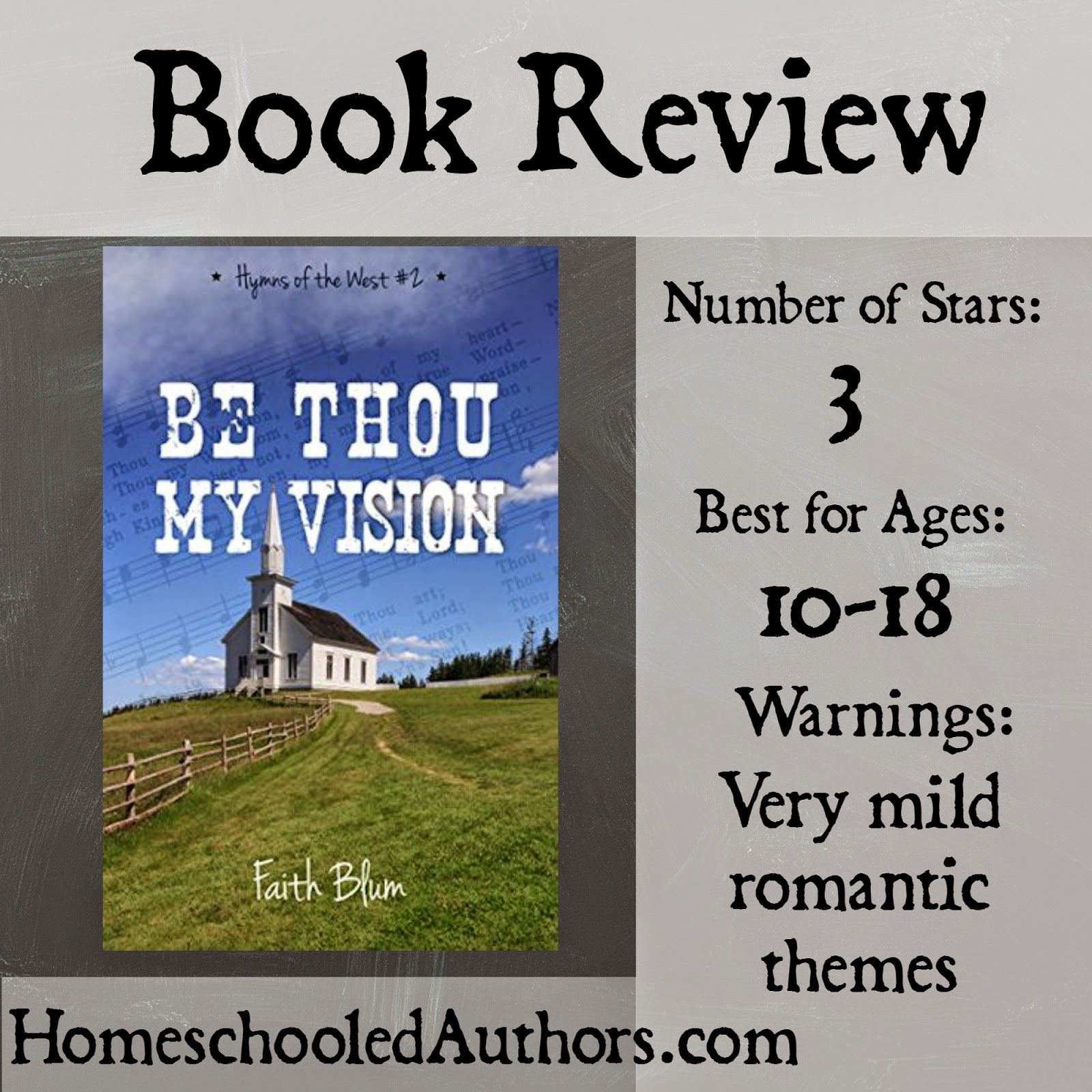 Buy it Here
Description: Anna Stuart is comfortable with her life. She may be a 30 year old spinster, but she has her routine and enjoys taking care of her father and older brother. One letter shatters all her routines, comfort, and enjoyment. After learning of her brother’s death, Anna feels like her life will never be the same again. Then she meets two motherless boys. Did God place them in her life to lead her to a new vision of life? Can she trust God to give her the desires of her heart before she even knows what they are?

While the last book I read by Faith Blum, A Mighty Fortress, had many short comings, the message touched my heart, so I decided to give her next book a try.

In skills in writing, Faith has come a long way. This book was far better written and laid out. There weren’t confusing scenes, rambling dialog, and pages and pages of scripture. I can tell that she worked very hard between the books to improve and listen to constructive criticism.

Before I get to some of the things I liked about the story, let me get some of the short-comings out of the way. Anna goes from being a non-believer to a mature Christian far too quickly. You really don’t see her struggle with any real issues, even the anger or sorrow you would expect from some things that happened in her early life. But then, most of the characters were a bit one-dimensional.

Showing, not telling was probably the biggest issue with this book. Instead of showing the changes within Anna or the other characters, the narrator or other characters tell us. The story jumps ahead several times and tells what changes took place, instead of showing. It got a bit irritating at times, but not so much that I hated the book.

I did love Blum living up to the highest ideals of courtship. Yes, at times that made it seem a bit fake. I think far too often, in attempt to be real, we think that those ideas are silly. While maybe the reality of love, courtship, and life is messier than this story and some books make it out to be, treasuring high ideals is important. There wasn’t even a kiss in the story.

I also really loved how Anna took the two motherless boys under her wing and loved them. Seeing not only a problem but being willing to do something about it had me cheering. The challenges with helping the boys was probably one of the best written parts of the book.

Even though the book was fairly simplistic, it was very engaging. I listened to it while on a car trip and wasn’t very happy when I was only a little bit from the end of the story and the trip was at an end. I had to wait until the next day to finish it.

I recommend this book to those who like very clean romance, westerns, and good, Christian morals.