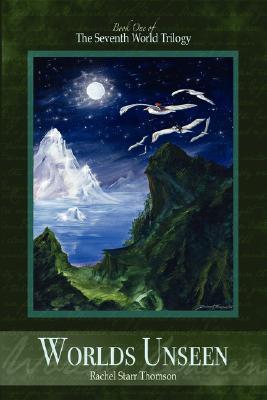 Description: The Council for Exploration Into Worlds Unseen believed there was more to the world and its history than the empire had taught them. Treating ancient legends as history, they came a little too close to the truth. Betrayed by one of their own, the Council was torn apart before they could finish their work. Forty years later, Maggie Sheffield just wants to leave the past behind. Memories of the Orphan House where she grew up are fading; memories of her guardians' murder are harder to shake. When a dying friend shows up on her doorstep bearing the truth about the Seventh World -- in the form of a written covenant with evil -- Maggie is sent on a journey that will change her forever. Along with the Gifted gypsy Nicolas Fisher, who hears things no one else can, Maggie joins with the last surviving members of the Council and a group of eastern rebels led by a ploughman and a princess to discover the truth. It won't be easy. The Seventh World has long been controlled by the Blackness, and its monstrous forces are already on Maggie's trail.

I normally do not read fantasy, but this year it seems I have stumbled into a rare breed of fantasy that I like; non-magical fantasy.  After reading Truth and The Tiphereth Trilogy, I decided I was willing to try Rachel Thomson’s Seventh World Trilogy. I was not disappointed.

This whole series is nothing like I expected it to be. Although an allegory, Rachel went beyond the typical to make an extraordinary tale that not only was captivating, but gave some deeper insight into our faith. Without giving too much away, the allegory focused more on the beginning of the Bible.

The only thing that kept me from giving it five stars on Goodreads was that there were some pretty intense and dark moments in the book. The dark didn’t overshadow the good, and Rachel did well at not making it too dark, but it was very intense at points.

Rachel’s writing style is nothing short of lyrical. I reread many portions and read some of them aloud, just because they sounded amazing. I can see this as wonderful book to read aloud as a family. Rachel has what many traditionally published others struggle to obtain -- a unique and compelling writing style.

The story itself kept me on the edge of my seat. In fact I read the whole series in a little over a week while I was sick. It is a real page-turner and took many unexpected twists. The relationships that develop were nothing like what I expected in the beginning. It was so refreshing to read a book that didn’t turn out like I thought it would at the beginning.

I highly recommend this whole series those who love non-magical fantasy, allegories, adventure stories, and those looking for a book that is anything but normal.


Was this review helpful? Vote it up on Amazon!