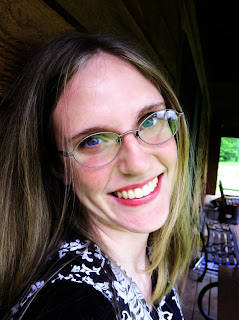 Amanda, welcome to Homeschool Authors. Tell us a little bit about yourself.
Thanks SO much, Sarah! I'm a senior in college, with a bachelor's degree in Biblical Studies and an emphasis in Language (English and Koine Greek). I've been writing since I was about seven years old. I love coffee, the woods, Gettysburg, the color silver, and the book of Psalms. I got a contract for my first book with Tate Publishing when I was sixteen. I can talk about writing for hours on end, and I run a freelance editing business on the side. :) I also have seven novels that I'm currently working on! God's blessed me so much!

What is one of the funniest memories you have of your homeschool years?
O.o Oh! I used to be a terribly forgetful child. I would lose my pink eraser so often that my mother bored a hole through it and tied it to my desk. :P *laughs* I didn't lose it anymore.

How did your homeschool experience prepare you to be a writer?
Homeschool was the perfect platform to launch my writing from. I actually had time to write, even as a little girl, because I wasn't sitting in classes until 2:30 or 3:00 and having to come home and do homework. I usually finished everything--classes and homework, by 2 or 3, and that allowed me to read and write a lot. :)

What caused you to start writing?
It started when I was about seven. Two of my friends and I were bored at a AWANA meeting, and one of us brought up the idea of tri-authoring a book. We did, and it was childish and hilarious. That was the beginning, and I just never stopped writing. 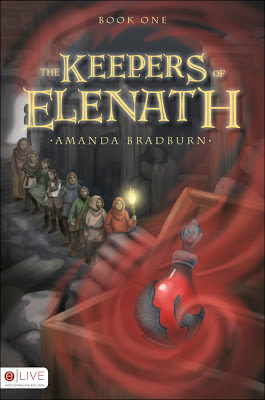 What inspired you to write The Keepers of Elenath?
The Lord of the Rings inspired me to write fantasy, (I saw the Fellowship of the Ring movie when I was ten). I had a few ideas floating around, none of which had anything to do with The Lord of the Rings. Once I began Keepers, the original idea fled away and the story took over, and that was fine with me!

What is it about?
The Keepers of Elenath is a hard book for me to sum up in a paragraph, even though I've been trying for about four years to do so. :)

In the lands of Elenath, there is a rumor. Long ago, a powerful weapon was lost, and though many have searched for it, its location eludes all. Until now. Queen Zyr--tyrant and usurper-- may have found the location to the chest. Princess Gwaeron, living as a spy in her own capital city, must find a way to stop her. A group of warriors set out-- but will they be too late?

Who will enjoy The Keepers of Elenath?
Preteens, teens, and young adults who love Christian fantasy, C.S. Lewis, or J.R.R Tolkien

Where can people get it?
The Keepers of Elenath is available on Amazon, BarnsandNoble.com, Tate Publishing, and (signed) from my blog: Ink-Made Maiden

Who is your favorite fantasy author and why?
That's a hard one... it varies depending on what precisely I'm writing at the moment. Tolkien will always come to mind, because he started me out on my love of fantasy-writing. His works are so deep, so full of nobility and grandeur, that one can live in the words. Tolkien's work has the power to change a person and not just entertain them for a few hours. That's what I dream that my books will do. :)

Do you have any more books coming out soon?
I have a short story called Little Red Robin Hood (co-authored with my cousin, Emily Bradburn) that will be coming out on Kindle soon! It's about 5,000 words, and meant for a bit younger audience, but I've very excited! It's the first work I've had released since Keepers.
There are more books in the Keeper's series, but so far I haven't had any luck getting them published. God knows! I'm trusting Him to nudge them into print eventually.
Do you have any final thoughts?
I'm so grateful that you interviewed me! :) To keep up on what I'm doing, to get information about when Little Red Robin Hood will be released, and to read snippets and excerpts on the seven other  novels I'm working on, you can find me on Facebook and at my blog, Ink-Made Maiden . I hope that I will see you there!
Posted by Sarah Holman at 3:00 AM