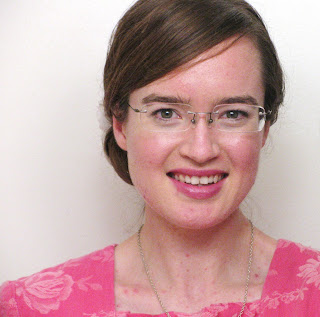 Elisha, welcome to Homeschool Authors! Introduce yourself to us.
I’m the eldest of eight children, and live on 17 acres in Texas. Photography, violin, and (of course J) writing are my particular loves. I also enjoy retro illustrations, long conversations with my brothers, going on trips as a family, designing and making my own clothes, and taking walks with my Mom, to name a few.

If you had to pick three words to describe your homeschool experience, what would they be and why?
Fun. Challenging. Fascinating. I am so grateful to my parents for teaching me at home! While making sure I took all the necessary courses, they also allowed me to delve into areas that particularly interested me. A memory that stands our is hating Saxon Math 5/4 but persevering due to my parent’s encouragement, to end up absolutely loving math later on (esp. algebra!) ;)

What caused you to start writing?
I think it was because it was a concrete way to express my thoughts. I wrote a few short detective/spy stories when I was very young, but it was in my early teens that I began to write horse stories with a friend. That really began my writing, and kick-started Salamont: Rise or Fall?. 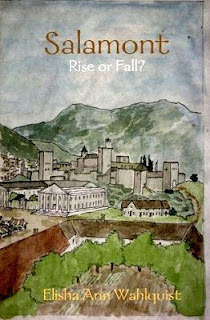 What inspired you to write Salamont: Rise or Fall?
There were certain truths that God had been teaching me in my early teen years which I wanted to share with other young ladies. I discussed my story idea with my parents, and they wholeheartedly approved of the project. The whole country of Salamont began to develop in my mind…and before I knew it, I was writing Chapter Four! ;)

What is it about?
It follows the struggles of a headstrong girl, Evelyn Anason. As her country, Salamont, turns from her father’s Biblical ideas and embraces Naatron, a charismatic but God-hating leader, she is also faced with her own decisions and their consequences. Naatron’s son, Alvan, meets Evelyn while spying on her family, and finds himself drawn to Christianity, the thing he has been taught from birth to hate… Will she, Alvan, and their country eventually choose liberty? Or will they slide down the path to further enslavement?

Who will enjoy it?
Though written mainly for girls 12-20, I know a family of all boys who enjoyed it highly (their only criticism: “Not enough fighting!” ;) ). I see it as equally suitable for a family read-aloud.

Where can people buy it?
This link: http://www.lulu.com/spotlight/untaintedbytheworld

Why do you think fantasy is so popular among homeschool authors?
I don’t know all the reasons. One theory I have is that fantasy allows the widest range for creativity—and homeschoolers are a creative, think-outside-the-box type of group! J Another factor (though this doesn’t pertain only to homeschooled authors) is something I realized after completing my recent novel on the French Revolution: it’s a lot harder to work with a real country and real history. Fantasy allows a huge amount of freedom and imagination.

What is your favorite author and why?
Can I have two? J It’s actually a close tie between C.S. Lewis and G.K. Chesterton. I am amazed at C.S.Lewis’ command of so many genres: religious nonfiction, adult fiction, childern’s tales… In choice, descriptive words, he draws the reader in and makes the story real. As for Chesterton—I savor and am inspired by his glowing, unique descriptions, and how there is a germ of thought-provoking wisdom hidden in even his most fanciful imaginings.

Do you plan to write more books?
Since writing Salamont: Rise or Fall?, I researched and wrote a historical novel on the French Revolution. I am presently seeking a publisher for it; here’s a “teaser” summary:
Days of Revolution
Adele Hélène de Coquiel di le Mercier is an untroubled French girl in 1786—until the sudden death of her governess strikes close to home. A mysterious traveler holds the key to her questions, and she finds faith… but will it be strong enough to carry her through the looming storm of the French Revolution—and her personal struggles?
I’m looking forward to writing more books—when time allows! Being the oldest entails a lot, and my family comes first! I’ve got several plot ideas for a sequel to my book on the French Revolution; we’ll see.

Do you have any final thoughts?
I think the biggest thing about writing , as in life, is to have a goal in mind. What are you trying to communicate? All books teach something, intended or not. Is what we write advancing/encouraging the right, or is it not? We need more talented authors who inspire.
Posted by Sarah Holman at 8:58 AM