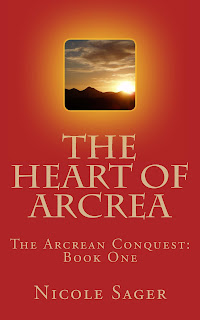 “He who discovers the heart of Arcrea and joins the hands of the seven regions will be king.” Hoping to free his father from an unjust imprisonment, Druet the blacksmith sets out on a quest that will solve an ancient riddle and crown a man as Arcrea’s first king. A host of memorable characters join Druet on his mission of justice, but opposition quickly rises to test their level of commitment and their faith in God. Will the dangerous wilds of Arcrea and her seven oppressive lords succeed in bringing an end to Druet’s quest and crush forever the kingdom’s hopes for a just king? What is this heart of Arcrea and where is it to be found? “You must discover it for yourself.” 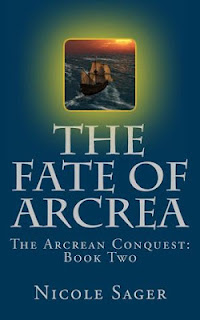 Return to the kingdom of Arcrea, where the stage is set for an epic battle between good and evil. Trenton is a young Mizgalian caught up in the deadly beliefs inspired by a life in his father’s garrison. When a simple mission in Arcrea unearths the shocking truth of a mystery two decades in the making, he is left with a choice that may decide the fate of an entire kingdom. Join old friends and new on a journey of discovery, where battling vicious beasts and conquering a coast of dragons will test the mettle of men and set the pace for an adventure like no other.
Posted by Sarah Holman at 8:25 AM