The Shadow Things by Jennifer Freitag 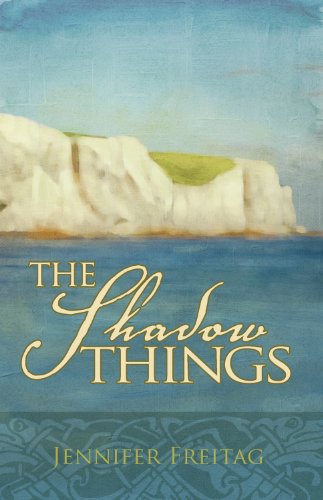 The Legions have left the province of Britain and the Western Roman Empire has dissolved into chaos. With the world plunged into darkness, paganism and superstition are as rampant as ever. In the Down country of southern Britain, young Indi has grown up knowing nothing more than his gods of horses and thunder; so when a man from across the sea comes preaching a single God slain on a cross, Indi must choose between his gods or the one God and face the consequences of his decision.
Posted by Sarah Holman at 3:00 AM