Christmas Stories Day 6: The Case of the Very Bad Cat 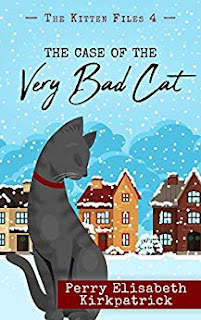 After nearly being discovered by the scientists from Caput Laboratories and having to fake her own death, Mia has been lying low. As Christmas approaches, she gets herself temporarily adopted by College-Guy, also known as Tommy.

Something is afoot in the neighborhood, though, and when Mia is accused of leaving dead mice and birds on the neighbors' doorstep, she's determined to get to the bottom of it. But even the mystery isn't what it seems.

Will Mia be able to solve the case of the Very Bad Cat? Will she be able to return home so Keith doesn't spend Christmas all alone?