Book review: Rising to the Challenge 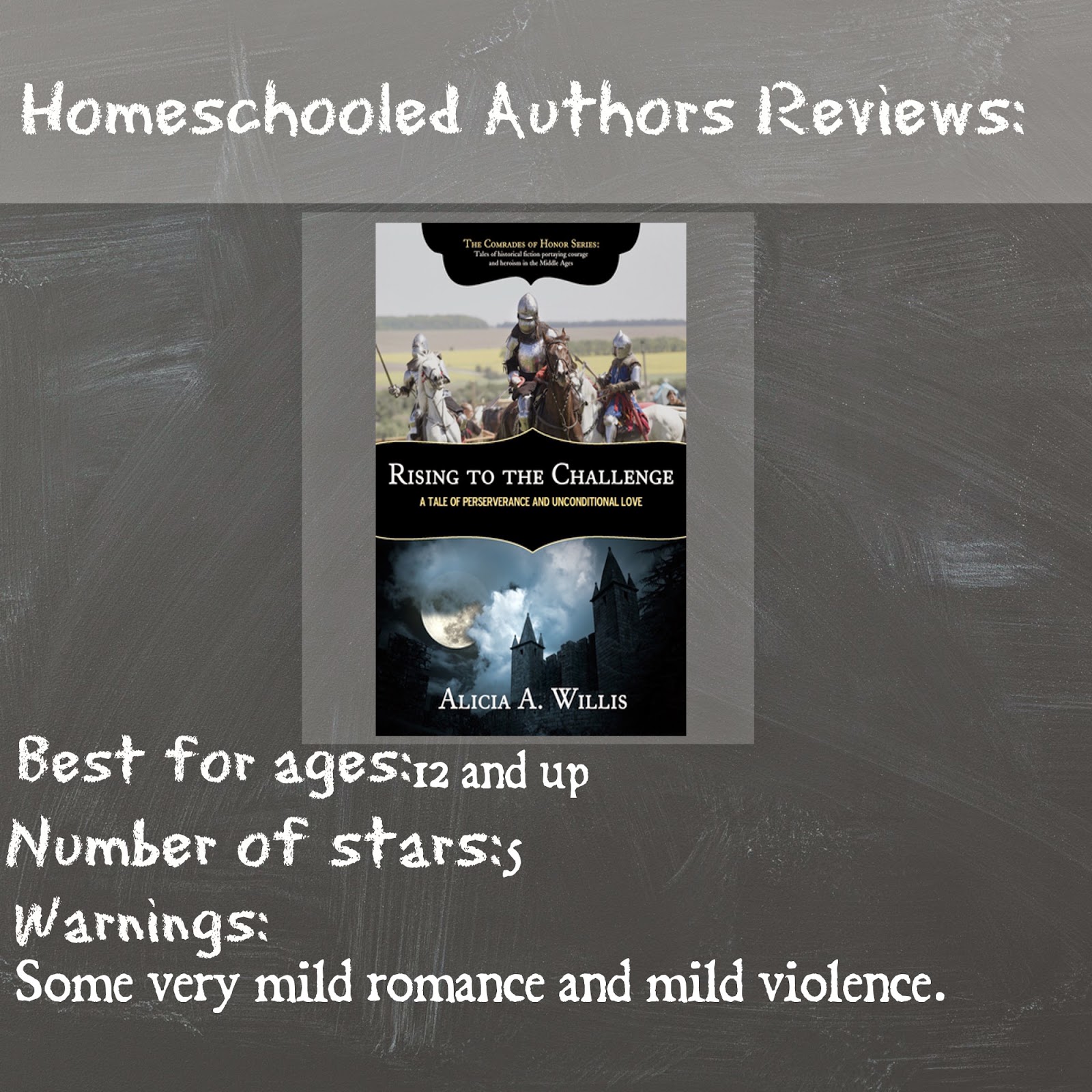 Buy it Here
Description: New difficulties arise for Sir Kenneth Dale in the exciting final installment in The Comrades of Honor Series. As a favorite of the Earl of Birmingham, his life appears tranquil – until the both beautiful Lady Clarissa and a headstrong orphan named Brion arrive in the castle. It is not long before Sir Kenneth finds himself not only in love, but also the master of the most difficult squire Birmingham has ever harbored.
Brion de Lantenac is nothing short of rebellious. Hatred for Sir Kenneth’s strict rules vents itself in constant disobedience, triggering continual clashes between himself and his new lord. But there is a reason behind his self-centered character. The murder of his family has caused heartbreak he may never recover from. Will he ever reveal his true identity to Sir Kenneth? And what about Guthrie, the man who sullied his father’s shire with treacherous hands and now seeks his demise?
Caught between a hopeless romance, a rebellious squire, and the enemies on all sides, Sir Kenneth finds himself challenged. Amidst battles, heartache, and dark mystery, he must somehow rise to meet the difficulties of his life with honor. Will he ever win his squire’s heart? Will he and Clarissa be forever separated?
Join Sir Kenneth, Brion, and all the comrades of honor in a tale of perseverance, chivalry, and unconditional love. Treachery abounds and evil seems insurmountable. Will rising to the challenge preserve honor and win the day?


Okay, this review is way overdue. Perhaps it is because I wanted to wait until I could do justice to the amazing story this book contained. It was, by far, the strongest of the series, with a message that our generation needs desperately: perseverance.

Too often, even Christians bail out when things get hard. We reach out to those who need the hope only Jesus can give, but when they do not respond or become angry, we give up. A relationship in our lives becomes broken, and instead of fighting to restore it, we walk away. This book exemplified perseverance, even when all hope seems lost. I was touched and moved by the message, and I hope that it will stick with me for many years to come.

The characters were some of the best that Alicia has ever created. Brion, the bitter and hurt young man who is forced into becoming a squire even though he is the heir to his own castle. Sir Kenneth, a knight of honor who is determined to help Brion, but struggles to follow through. Lady Clarissa, the obedient but also strong daughter of a noble father who is determined she will only marry a man of wealth and title. This cast, as well as many other characters, made this book the most interesting of Alicia’s stories.

One of my favorite things about Alicia is that her books are never graphic even if they deal with harder things. I would feel just fine handing this book to a very young person, even though there are sword fights and battles, because nothing is ever described in such a way as to be disturbing.
I highly recommend this book to those who love G.A. Henty, historical fiction, and fiction that is driven by a strong Christian faith.


Was this review helpful? Vote it up on Amazon