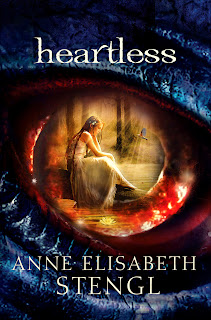 The Dragon King Seeks His Princess--Who Dares to Stop Him?
Princess Una of Parumvir has come of age and will soon marry. She dreams of a charming prince, but when her first suitor arrives, he's not what she'd hoped. Prince Aethelbald of mysterious Farthestshore has travelled a great distance to prove his love--and also to bring hushed warnings of danger. A dragon is rumored to be on the hunt and blazing a path of terror.
Una, smitten instead with a more dashing prince, refuses Aethelbald's offer--and ignores his cautions with dire consequences. Soon the Dragon King himself is in Parumvir and Una, in giving her heart away unwisely, finds herself in his sights. Only those courageous enough to risk everything have a hope of fighting off this advancing evil. 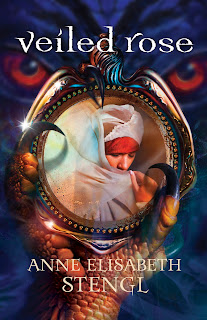 A Monster Prowls the Mountains of Southlands
Rose Red trusts no one with her secret. She hides in the forest, her face veiled in rags, shunning the company of all save her old father and her nanny goat. Her life is bleak and lonely.
Until she meets a privileged young man sent to spend his summer in the mountains. Headstrong young Leo startles everyone by befriending Rose Red, and together they begin searching for the monster rumored to be stalking these lands.
But the hunt, which began as a game, holds greater risk than either imagines. Soon both are forced to test their trust in each other as a far more terrifying scourge puts their entire land at risk. 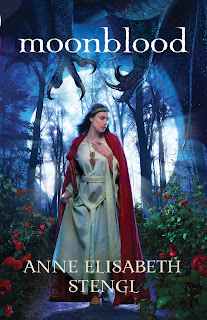 The Night of Moonblood Approaches
In a desperate bid to earn back the trust of his kingdom, Prince Lionheart banishes his only friend, Rose Red, to certain death. Now, his last hope for regaining his honor is to descend into the treacherous Wilderlands and find her.
But many perils stand in Lionheart's path. A mysterious Hunter is on his trail, a dangerous unicorn prowls the darker shadows, and Rose Red herself has been drawn into the hidden realm of Arpiar where the goblin king holds her captive for foul purposes of his own.
With the help of a blind cat, an ugly knight, and the gentle Lady of the Haven, Lionheart can only hope he will find Rose Red before the Night of Moonblood . . . when the sleeping dragons will awake . . . 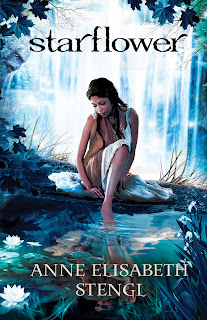 One Should Never Become Embroiled in the Affairs of Mortals
When a cursed dragon-witch kidnaps lovely Lady Gleamdren, Bard Eanrin sets boldly forth on a rescue mission . . . and a race against his rival for Gleamdren's favor. Intent upon his quest, the last thing the immortal Faerie needs is to become mixed up with the troubles of an insignificant mortal.
But when he stumbles upon a maiden trapped in an enchanted sleep, he cannot leave her alone in the dangerous Wood Between. One waking kiss later, Eanrin finds his path entangled with that of young Starflower. A strange link exists between this mortal girl and the dragon-witch. Will Starflower prove the key to Lady Gleamdren's rescue? Or will the dark power from which she flees destroy both her and her poet rescuer?
Posted by Sarah Holman at 3:00 AM