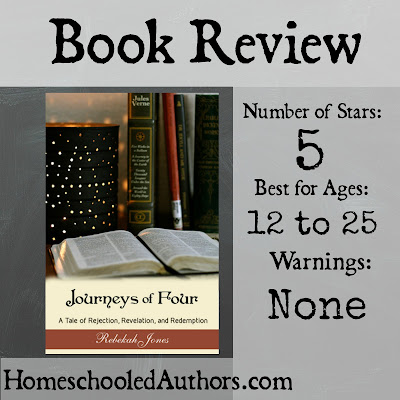 Description: Christine Spurgeon is painfully shy and, at this point in her life, pretty miserable most of the time. When her parents decide that they are going to start attending a new church, she is less than pleased. Much to her surprise, the first sermon strikes home, and Christine finds her sleepy Christianity shaken to the core. Peter Gottswald, a truck driver living with his younger brother, has started to change. What started out as grief over his parents’ death, moves on to deeply concern his family. As he tries to lose himself in a world of fiction and their worry grows, his family tries to discover what he’s running away from before he loses sight of reality altogether. Claudius Rivers wants nothing to do with Christianity whatsoever. He doesn’t need it, so he doesn’t bother, beyond going to church with his family. At first, Claudius manages to get away with ignoring just about everyone in the congregation, until an older man befriends him. As he gets to know the man, taking notice of the behavior of the rest of the people in the church, he’s brought to a realization that he must either reject Christ or follow Him. Claudette Crutch has claimed to follow Christ for years, but that doesn’t stop her from letting her rebellion against authority increase on a daily basis. She thinks that she’s fine, until she witnesses the spiritual transformation of another young woman in her church and she is forced to begin questioning her so-called Christianity. When will the four paths connect, to where will they lead, and how will they get there?

If you don’t want to be convicted, if people taking their faith seriously bothers you, stay away from this book. Honestly, this book is one the best, yet hardest books I have read in a long time. It is an honest, yet compelling book at living your life for Christ in everyday circumstances. It was powerful, convicting, and heart changing.

There are some books that you can tell an author poured a lot of emotion into. Even if I hadn’t followed the author’s blog and read some of the posts concerning this book, I still would have felt the emotion that went into this story. I could feel the hurt, heartbreak, tears, frustration, and hope that were poured into these pages. It made the book all the more powerful and real.

Each of the characters was well done and believable. They feel like real people you would know if you met them. They each have real struggles and real issues. Christine was my favorite as we have a lot in common. Her struggle parallels what I have gone through in the last couple of years, and it was healing and convicting at the same time to read the story.

The message of faith is very clear, but doesn’t feel forced. However, this is not a light read. This isn’t a book that you read then brush aside. I can already tell it is going to stick with me a while and affect some change as well. I have not been so convicted by a fiction book since A Memory Between Us.

I highly recommend this book for Christians who are looking for strong fiction, believable stories, and a book that will turn your thoughts toward God and living for him.