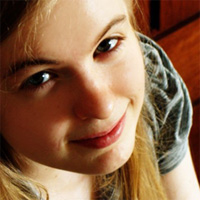 Welcome to Homeschool Authors.  Tell us a little bit about yourself.
My name is Amanda L. Davis. I'm currently twenty years old.  I'm fifth out of seven children, and all of us were homeschooled through high school. Most people would never have expected me to become a writer. I have severe dyslexia, which is a learning disability that makes it difficult for me to read or write. Because of dyslexia, I didn't read on my own until I was 11 and even at 14 I couldn't put a coherent paragraph together. It's been a long road, but with a lot of lessons and practice I finally became a published author when I turned 19. I wrote Precisely Terminated when I was 18 and 19.
Other than writing, I also enjoy sewing, spinning yarn on a spinning wheel, embroidery, and cooking for my family. We also have a large garden where we live in Tennessee, and we spend quite a bit of time outside.
What made you start writing?
I started writing when I saw what an impact story telling could have on people. My dad is Bryan Davis, a well known Christian fantasy author, and he travels all around the country on book tour. I usually accompany him on these tours, and I get to see first hand how writing can change people's lives. After a few years of traveling, I decided I wanted to write as well.
How long did it take you to write Precisely Terminated? 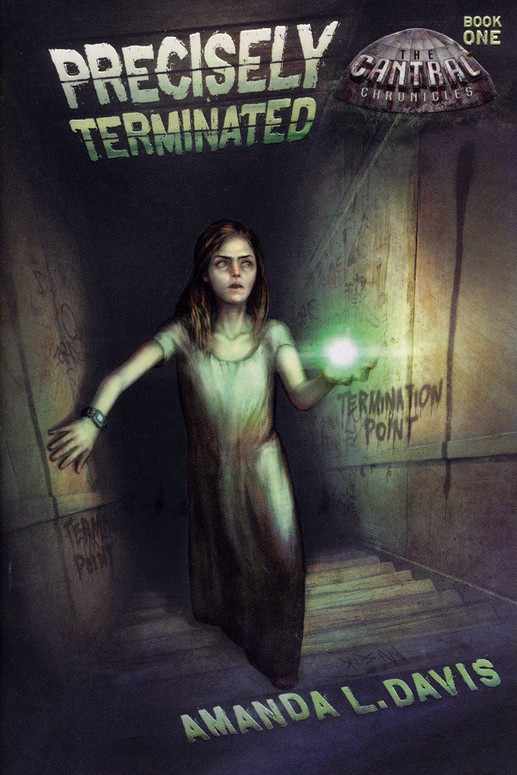 It took me about six months to write Precisely Terminated, but then I had to edit it after that. The editing process probably took me about two months.
What is it about?With microchips implanted in their skulls at birth, the slaves of Cantral and Cillineese have labored under the tyrannical rule of the nobles and their computers for decades. Monica, a                 noble who avoided the implanting and escaped a death sentence at the age of four, is now sixteen and is in hiding. She lives with the slaves inside the walls of the Cantral palace,                         pretending to be one of them while the slave council plots a way to use her chip-less state to destroy the all-powerful computers that strike down any hint of rebellion.
The nobles hear of Monica's survival and try to exterminate her before she ruins their upper-class utopia. The rebels send her to find a missing paper bearing instructions on how to shut             down the computers that control the chips in Cillineese, a major city-state. The nobles are alerted to the plan and prepare to seal Cillineese in a giant dome to gas the inhabitants,                         including Monica.
The fate of millions rides on Monica's shoulders. As the only chip-less person in the world, she must find the paper, destroy the computers, and free Cillineese from the nobles' iron fist             before they strike with the ultimate punishment-death for everyone inside the city walls.
Where can people get it?
Precisely Terminated can be purchased at Amazon.com, CBD.com, as well as most Christian book stores or at my own website - www.amandaldavis.com
Do you have more books on the way?
Definitely! Precisely Terminated is the first book in the Cantral Chronicles which will be a trilogy. The sequel, Noble Imposter, comes out in the summer of this year, and it is already finished being written.
What is the best piece of writing advice you ever received?
Some of the best writing advice I've received is to learn the craft. Many people assume they can just sit down and write well. Writing well is very difficult and it takes years to learn how to do it properly. I'm still learning, I still listen to classes. A writer never finishes learning, and a new writer definitely needs to take classes and get any advice he or she can.
Posted by Sarah Holman at 3:00 AM