Amariah Dixon on How the Magic Began 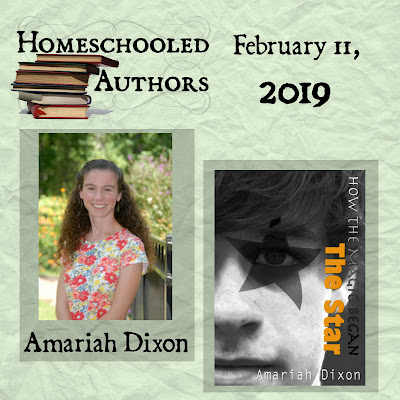 Amariah, welcome to Homeschool Authors! Tell us a little bit about yourself.
My name is Amariah Dixon, and I am a homeschool graduate.  I was born and raised in Carrollton, GA.  I am a senior at the University of West Georgia.  I enjoy archery, reading as many books as I can, and spending time with family and friends.

Everyone’s homeschooling experience is different. What do you think made yours unique?
I attended a homeschool academy called Lighthouse Classical Academy.  It was a rigorous, classical education program which was excellent preparation for college.  We put on our own plays and learned about many different topics, including those which are not typically taught in other schools.

How did being homeschooled prepare you to write?
I had a wonderful teacher, who also happened to be a close friend of our family, come to my house to teach me high school English and grammar, which paved the way to help me realize just how much I enjoyed writing and that it was something I really wanted to do.

What caused you to start writing?
I have always loved telling stories as a child, and would draw the characters for them.  Eventually, I decided to write these stories down on paper.

What inspired How the Magic Began ~ The Star?
It just came to me one day while at a friend’s house when I was about 11.  Drawings that I created also played a big part in the characters.  Growing up, I lived in the woods, and so this, along with the adventures I had as a child—traveling, reading various books, being with family—had a significant effect on me.

Would you give us a synopsis?
Riley is an ordinary boy living an ordinary life . . . until something extraordinary happens. One morning, just like any other, Riley wakes up, begins to get ready for school, looks in the mirror and . . . he sees the image of a star around his eye! Why has he been marked with this symbol and for what purpose? Everything begins to change soon after as he and his friend, Kelly, stumble upon a door in the forest which leads to a fantastical world, a world inhabited by very unusual beings. As they explore, they encounter two creatures who become their companions; one is a benevolent little vampire by the name of Joseph—fortunately, he is not the bloodthirsty type, and the other is a kindhearted “mizzer” named Kelvin. Together, the four travel to the Zefan castle, and shown hospitality by the princess who resides there and rules the land. Upon entering Zefa, Riley is oblivious that he is being hunted down by a demonic evil of another world. The same being who, many years before, had sent forth his minion to wipe out the “People of the Symbol” civilization. When he does learn about this, however—and with the help of an elder magician named Dorobonn—Riley is determined to somehow bring back the civilization and to find out why he has been mysteriously marked with this symbol . . . despite the many threats that block his path and are determined to do away with him.

Who will enjoy How the Magic Began?
Preteens, Young Adults, Adults of any age — anyone who enjoys fantasy, adventure, and Christian Fiction.

Where can people buy your book?
Amazon and Barnes & Noble.

Do you plan to write more books?
Yes.  I am actually hoping to have the sequel to this series published in the fall.  I am currently working on the third book as well.

Where can people connect with you online?
I have a Goodreads account and, https://sites.google.com/a/my.westga.edu/how-the-magic-began-the-star/, which is my blog.

Do you have any final thoughts?
Writing is a skill in which I give glory to God for.  I wish to reach out to people with my.  I do it for entertainment, but most of all, as a way to point to the Lord.  The people in my life have contributed greatly to my stories, and have helped me significantly!  I am thankful for what they do and for all the blessings God has given me.