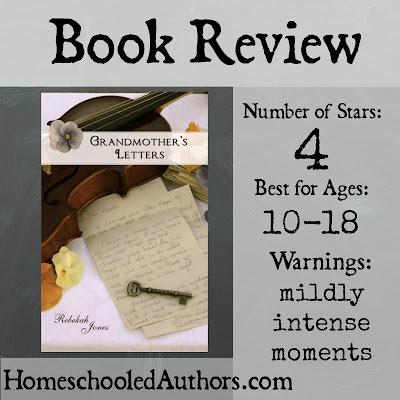 Buy it here
Add it to Goodreads
Description: Louise’s friend is dragging her along on a dubious treasure hunt. She, however, would rather be reading the recently discovered letters written by her great-great-grandmother, Georgiana Donahue. Meanwhile, Xavier, a young law student, is facing struggles of his own. He can’t find a job, his uncle is constantly belittling his late father, and he can hardly stand his seemingly perfect cousin. In the next town, an old man’s reclusive ways are disturbed when he agrees to let Malcolm Moore do his yard work. Although he desires to return to his seclusion, he is perplexed by the Moores' willingness to welcome him into their lives. Almost 100 years in the past, Georgiana Donahue's life was turned upside down in the course of one eventful year, and she was inclined to blame God for all of her troubles. Little did she realize that the searching letters she wrote to her brother and his wife would end up touching so many lives, so long after they were written.

This book reminded me of older books. Not only was their language a little formal, it also went at a steady but slow pace. I enjoyed a break from the normal rapid pace of most modern books. Since the story was well written and kept moving, it never felt like it came to a standstill.

The characters were well developed, each having a unique personality and different reaction to similar situations. I felt sorriest and also liked Xavier the most, as I thought he had such a rough life and no one to guide him. However, Louise was a very close second. Her searching for the truth and not giving up was great to see.

There were two points that caused this to be only four stars. The first one is that the character cast is very similar to those found in Journey of the Four, so much so that at times it felt like the same book. Secondly, I thought Adrian was wrong for not standing up to his father when his father was being unreasonable, making unbiblical demands of him (putting money before principle). I strongly agree that we are to honor our parents always, but you can honor them while refusing to do as they ask.

One of the things that I most appreciated about this book (and all of Jones’ books) is the tough questions of faith and morals that are asked and the biblical answers that are given. While I may disagree with some of the conclusions (Adrien for example) the author isn’t giving easy solutions to hard situations in her story, she is giving ones based on biblical principles.

I highly recommend this book to younger readers who enjoy contemporary stories that are based in a strong biblical worldview.