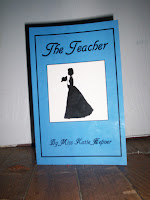 When Maria Dalton, a young orphan, comes to Chesterfield as the schoolteacher, trouble ensues.  As several of the students try to force her to leave, the War Between the States breaks out.  But a young man names Wesley Elliot follows what he believes is God's plan for his life and chooses to defend both the young teacher and his country.
Set in the midst of a time of turmoil caused not only by the war, but by worldviews such as Darwin's theory of evolution and the Women's Rights movement beginning to win popularity, this tale presents the little known views of most women of the times.   78 pgs, quality bound paperback. 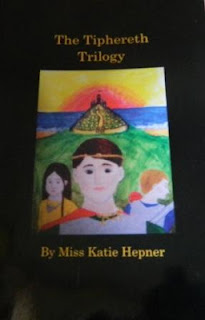 An epic battle to decide to whom the Kingdom, the power, and the glory belong...
Enemy forces are advancing on Basileia.   The Kingdom is also at peril from within.  The cities are warring against each other, and the families are not following in the ways of the High King.  All hope will be lost...unless young Prince Aramoth can lead his people not only to victory, but to repentance.
Book 1: Basileia The Kingdom
Book 2: Dunamis A Higher Power
Book 3: Tiperet  Glory to God in the Highest
(All three books are bound as one.)
Posted by Sarah Holman at 3:00 AM