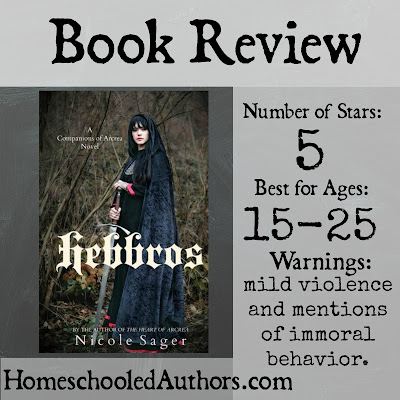 Buy it here
Add it to Goodreads
Description: In a realm that feasts on wickedness, and a city that thirsts for power, the faithfulness of a few will be tested.
When members of his faith are exiled from the city of Hebbros, Luke vows to resist the forces that tore his family apart. Armed with a divine gift and the aid of friends, he undertakes to right a world of wrongs. Opposed on all sides by evil men determined to silence the Faithful and outlaw their powerful God, Luke’s small band will be tried and tested as they battle for truth, freedom, and the overthrow of rampant evil in their city.
Three years after Elaina’s world was turned upside-down, the former nobleman’s daughter still tastes the sting of bitterness. When an act of betrayal sends her north into slavery, Elaina finds herself face-to-face with the truth she has long resisted and a choice that will change her forever.
Brought together in a desperate attempt to pluck a remnant from destruction, Luke, Elaina, and a host of unforgettable characters will discover the greatness of the power of God, and the startling truth that some things are not what they seem.

It has taken me far too long to get to this book. I loved the Arcrea series so much, and now I finally have read the next book by one of my favorite authors, Nicole Sager. The first thing that you should know about this book is that it is not as light-hearted as the Arcrea series, but it is just as good. This story deals with standing up for your faith in the face of darkness and persecution.

Luke was a great protagonist. He has many flaws, and sometimes you just want to set him down and explain life to him. However, I think this made him a very relatable character. It is easy to see reflections of yourself in a character who is trying so hard, but has some obvious failings.
There were two things about this book that I ought to mention. It felt like a trilogy put together; there are even three very distinct sections. The second is that some parts felt a bit repetitive and predictable.

My favorite thing about Sager’s writing is that I can always count on her for strong writing with faith elements that are both challenging and uplifting. This book was no exception. The gospel message was presented several times and even a few “bad” characters that come to Christ.

The cast of characters was a bit dizzying at times, but my favorite was Bradley. He was so much fun, but so wounded. While he was a minor character, he added some much needed levity to the story.

I highly recommend this book for those who love non-magical fantasy, strong Christian messages, and tales about standing up for your faith.