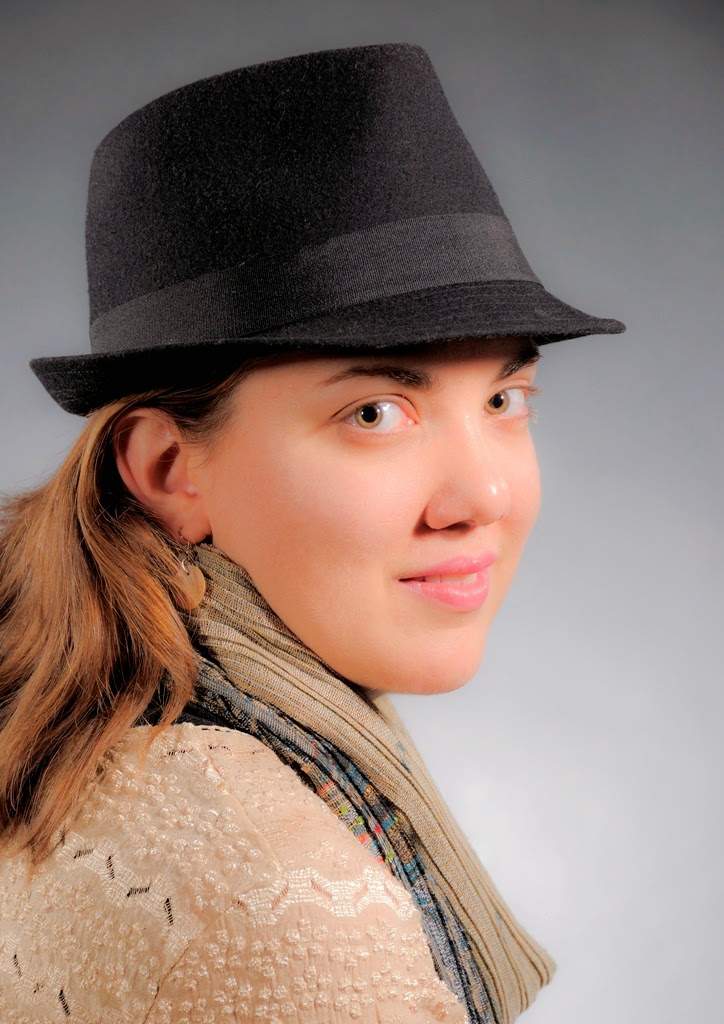 Sarah, welcome to Homeschool Authors! Tell us a little bit about yourself.
Thanks for having me, this is a real pleasure. I love hanging out with homeschoolers and homeschool graduates when I can.
I live in the great state of Texas in a little town of 3,600 that explodes into hundreds of thousands of people for our world famous monthly trade days. It’s known by our town name, Canton, or First Monday. I love being a country town girl with small city benefits because of our once-a-month population, like having ten Mexican food restaurants to choose from, and even a Wal-Mart.
At twenty-nine, I’ve remained a stay-at-home daughter, which has afforded me the opportunity to pursue my writing career full-time. It’s an unbelievably cool deal.

Everyone’s homeschooling experience is different. What do you think made yours unique?
I’m the baby of the family with five older brothers, but four of those moved out and married, having kids while I was still a kid. My parents were on their second set of children, so to speak, with my closest brother (twenty-two months older), so we had the benefit of their wisdom and experience.
My parents were pioneers of homeschooling. They were among the hundreds, probably thousands, of families who descended on the capital of Texas when the Texas Board of Education was trying to quietly push through regulations on homeschooling. They succumbed, thanks to what some call the “Austin Tea Party.” I was there. In the womb.

How did being homeschooled prepare you to write?
I could write a book on this subject (pun intended). Aside from the basic skills, I was nurtured in a safe environment where I could explore learning and growth at my own pace, not a system’s standards. 4-H also played a huge role when it came to public speaking and leadership opportunities.
I have to give my parents credit for pretty much every success of my life. God knew what He was doing when He put them in charge of my upbringing. My mama’s still raising me. She is my first editor, my greatest fan, my best friend.

What caused you to start writing?
When I was five years old, I had a story to tell about showing kindness. Somewhere in my little mind, I knew people needed to hear it. Being the sort of girl I was, one who would run and grab her mama’s skirt when the doorbell rang, I knew I couldn’t tell it to anyone face-to-face. So I got a cluster of those yellow sticky notes and wrote a five sentence story. My brother illustrated it and my mom had color copies made. I’m so thankful to have that story today.
After that, I started and rarely finished several short stories. These are still preserved in notebooks (the old paper kind) in the bottom of my closet.
Gradually, my writing narrowed down into purpose when I focused on writing stories to help preserve and promote the history of my tribe, the Choctaw Nation of Oklahoma. Preserving stories hit home for me in the most unimaginable way when my daddy went to be with Jesus in August 2012. I still lose my breath at the thought sometimes, but his spirit drives my writing each day.

What inspired Touch My Tears? 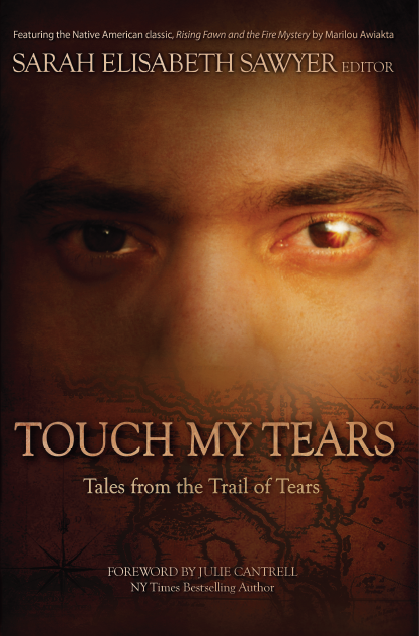 In 2012, I was honored as one of four artists in the Smithsonian’s National Museum of the American Indian’s Artist Leadership Program. The project I’d proposed for the program was to do research on the Choctaw Removal (which they flew me and my mama to Washington, D.C. for, among other program obligations), come back to my “community” in Oklahoma and conduct a writing workshop for Choctaw authors, teaching them how to preserve Trail of Tears stories through fiction. For the final part of the program, I mentored several of these writers one-on-one and almost before I knew it, we had our project put together titled, Touch My Tears. This was the final result of my NMAI program.
I’d wanted to write a trail of tears story since I was twelve years old. The one I contributed to Touch My Tears was the first one I’d had published.

Would you give us a synopsis?
From the back cover:
In 1830, a treaty was signed. In 1830, hearts broke. Tears fell on the long journey for twenty thousand. The Choctaw Nation was forced to leave their homelands to preserve their people. But they could not save them all.
For this collection of short stories, Choctaw authors from five U.S. states come together to present a part of their ancestors’ journey, a way to honor those who walked the trail for their future. These stories not only capture a history and a culture, but the spirit, faith, and resilience of the Choctaw people.
From a little girl who begins her journey in a wood box to a man willing to die for the sake of honor, these extraordinary tales of the Choctaw Removal from their homelands delve into raw emotions and come out with the glimmer of hope necessary for the human soul.
Tears of sadness. Tears of joy. Touch and experience each one.
***
I’m especially thrilled with this endorsement:
“Touch My Tears is a significant and moving addition to the record of Choctaw heritage; accessible and entertaining. This fine collection of tales is invaluable for the insights it provides into the heart of a unique Native American culture.” —Brock Thoene, co-author of The Jerusalem Chronicles

Who will enjoy Touch My Tears?
Everyone! (Okay, hint to all authors: never say that, and never assume that). While this book has a broad appeal to Native Americans and non-natives, men, women and young people, it most appeals to those who are interested in historical fiction, particularly the kind that portray the lives and journeys of the indigenous people of our country.
Do you plan to write more books?
I already have. I’m working on a series called the Choctaw Tribune, set in the controversial pre-statehood period of 1890s Indian Territory before it became Oklahoma. I’ve also written the rest of Tushpa’s story, the expanded version of the story I did with my mom in Touch My Tears.
In December 2014, I was awarded a fellowship from the First Peoples Fund with their Artist in Business Leadership Program. This has given me the funds to publish the above books and more, taking my writing business to the next level. What else does God have in store? Only He knows.

Do you have any final thoughts?
When I read interviews like this five years ago, they were both inspiring and discouraging. I hope those who read this, especially authors along the same path I am on, find this only inspiring.
In between the glitz and fun, it’s been agonizing at times, putting me on the floor more than once in tears and prayer.
But I like to remember: God is an amazing author...I can't wait to turn the page each day to see what He has next for my life.
Thanks again for having me, Sarah! Yakoke.