by Shannon McDermott
When I first heard the subject of this guest post—the ten most influential books of my life—my first thought was that I am not good with such lists. But I went on thinking. Gradually I stacked up influential books in my mind.
And I realized something. There's a distinction between a wonderful book and an influential one. There may even be a distinction between a good book and an influential one. Books influence us not only because of what they are, but because of who we are. Half a book's impact comes from that time and place of our lives in which it meet us.
What follows, then, is not a list of recommendations (though most of them I do recommend), nor is it a list of books I would most like to have with me if I were ever stranded on a desert island (though some of them make that list, too). What follows is—well, books that have influenced me.

The Bible. If I had a list of my most recommended books, or a list of books I would most want on that undiscovered desert island—the Bible would ride the top. No book has influenced me more than this Book that has taught me all my life who God is. Nor has any other book shaped more the parents who raised me or the world we now find ourselves in.

The Fellowship of the Ring, The Two Towers, and Return of the King, by J. R. R. Tolkien. This trilogy was the first fantasy I read of any description. For me—as for so many people—it was the “gateway” book into a whole realm of imagination and storytelling. To know that these worlds of terrors and heroes and wonders exist, and to know that you like them—that is a discovery.
Many years later, Lord of the Rings also started in my mind the germ of an idea that became The Valley of Decision—my second novel.

Star Wars YA novels, various authors. Remember when I said I would recommend most of the books on this list? I was thinking of these.
It's not that I remember anything about them that would make them bad. It's just that, not having picked one up in more than a decade, I don't remember enough to have a firm opinion about them. But I know this: These were the first sci-fi novels I read. As Lord of the Rings was my introduction to the written worlds of fantasy, so the Star Wars YA novels were my introduction to the written worlds of science fiction.
When I, at the age of twelve, made my first attempt at novel-writing, it was influenced by these books. My first novelThe Last Heir was, in turn, influenced by those early aspirations to sci-fi.

What I Saw at the Revolution, by Peggy Noonan. My father bought this book from a thrift store for $1.90; I know because the price is still penciled in it. I remember him showing the book to my mother, with the general demeanor that it was a find. And it was that, I think, that inspired me to read it. What did I care about Ronald Reagan then?
What I Saw at the Revolution gave me a portrait of politics, and what a vivid portrait it was. I saw in it that politics is all and only about people. It taught me the humanness that drives power, and the romance of the presidency.

The Ballad of the White Horse, by G. K. Chesterton. This was the first G. K. Chesterton work I ever read, and it showed me I could enjoy poetry. Mainly poetry written by G. K. Chesterton.
I could pick other Chesterton works; I pick this one as my first, and as representative of the broad influence Chesterton has had on me. It's hard to reckon up the full effect of all I absorbed from Chesterton—the poetry, the stories, the opinions, just the flavor of the writing and of the viewpoint. But here are a few glimpses of it: My novellaSummer Leaves is titled for a phrase in a Chesterton poem, as is The Shameful Years, my current manuscript-in-progress. I even adapted one of Chesterton's witticisms for a character in Forever Today.

Till We Have Faces, by C. S. Lewis. As with Ballad of the White Horse, I could pick other works, and this one has to stand for C. S. Lewis' whole body of work—his novels, his nonfiction, even some poetry.
Till We Have Faces is one of the later Lewis books I read, and I was enthralled. I have read this book cover to cover three times, each reading revealing new things in the story. It is such a masterpiece—such a pinnacle of skill, with such spiritual and emotional depths.

Me, Myself, & Bob, by Phil Vischer. Phil Vischer had a dream. It came to life, it died, and in this book he shared what he learned about God and dreams. As I pursue my dream, this book reminds me that God is enough, and my purpose and worth come from Him, not from anything I do. 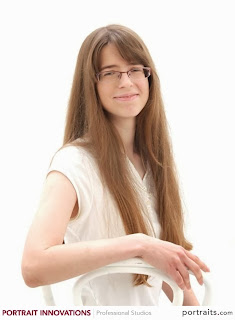 Special Announcement: My novel The Last Heir and detective short Sweet Green Paper are both available for free download on Kindle Amazon today, Monday, and Tuesday – December 1, 2, and 3.
To see a full listing of my available works, check out my Goodreads profile; to see my book and movie reviews, check out my blog. If you want to drop me a line, send me a message over Goodreads or Facebook – I'd be happy to hear from you.
Posted by Sarah Holman at 7:44 AM